Kärin Nickelsen “Cooperation and Competition in the Sciences: Strategies in Twentieth-Century Small and Big Biology” 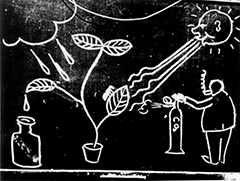 The modern sciences have often been described, particularly in view of the twentieth century, in terms of competition alone. Yet, on closer inspection, it is obvious that cooperation is as omnipresent as rivalry. Even more important, only those actors can hope to succeed in competition who are also integrated into cooperative structures. At the same time, neither competition nor cooperation leads to stable configurations: today's partners can turn into tomorrow's rivals and vice versa.

This talk explores the resulting tension between these two modes of interaction in the sciences by inspecting two examples from different time periods: experimental photosynthesis studies of the mid-, and the human genome project of the late twentieth century. In both cases, cooperatively organized groups faced instances of sharp rivalry; the strategies to resolve the situations were, however, markedly different. 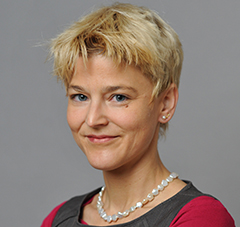 Kärin Nickelsen is Chair of the History of Science Department and Professor in History of Science at Ludwigs Maximilians University (LMU) Munich, Germany, and the spokesperson of the DFG (German Research Council) Research Group “Cooperation and Competition in the Sciences.” Nickelsen studied biology and history of science in Göttingen and Glasgow and received her Ph.D. as well as her Habilitation from the University of Bern, Switzerland. Before being called to LMU Munich, she spent research stays at the University of Illinois Urbana-Champaign and at the Max Planck Institute for the History of Science. Her research interests include the history of the experimental life sciences, the construction of scientific models, and individual as well as collective research heuristics. She is the author of numerous papers and books, including Draughtsmen, Botanists, and Nature: The Construction of Eighteenth-Century Biological Illustrations (2006) and Explaining Photosynthesis: Models of Biochemical Mechanisms, 1840–1960 (2015), both of which received international awards.