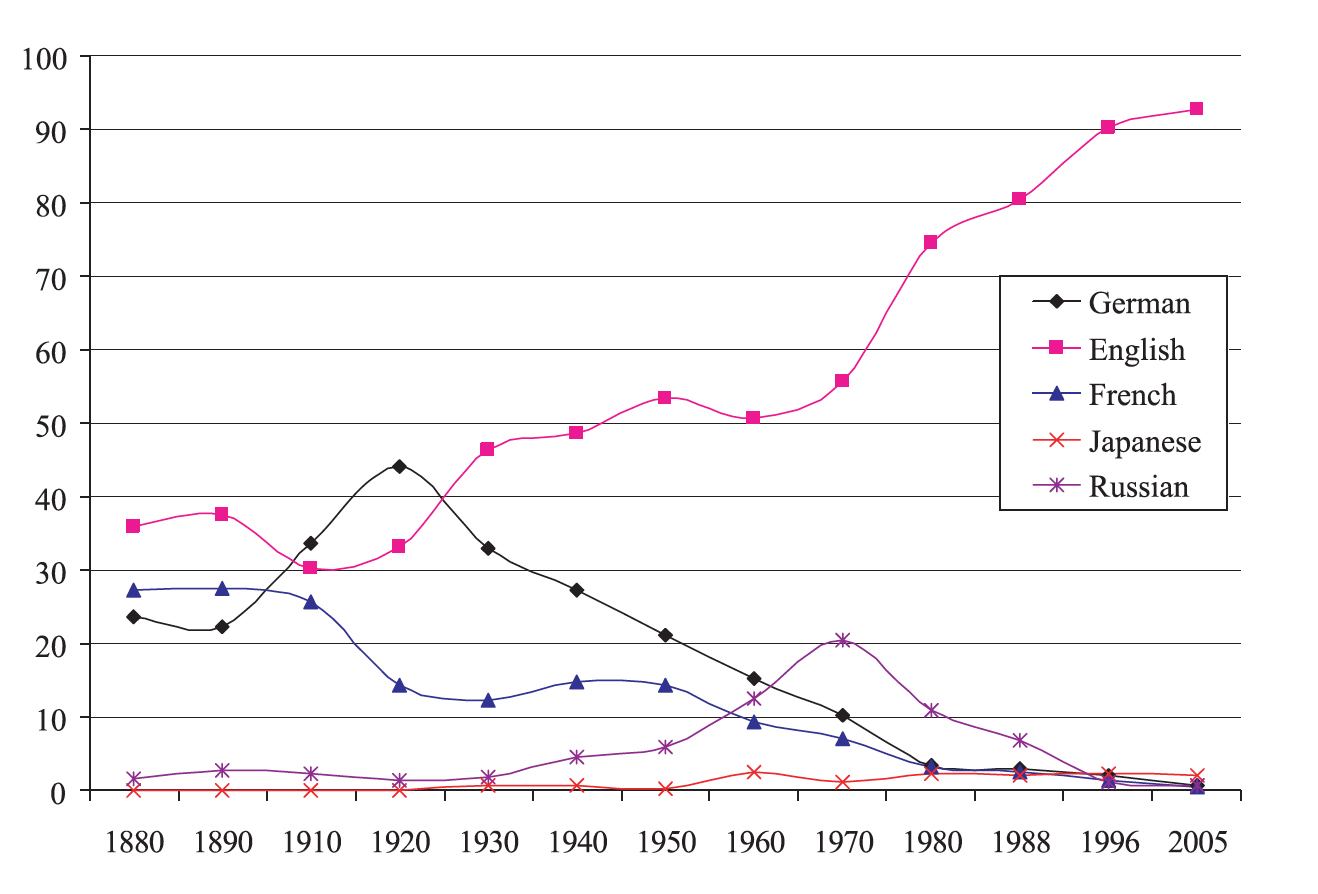 Graph of the languages in which science has been published from 1880 to 2005, plotted as percentage of the global scientific literature.

Communication, especially publication, in the natural sciences today takes place almost exclusively in English. This phenomenon is relatively recent, with a strong shift toward monoglot natural science taking place roughly half a century ago. This talk offers an account of the transformation of communication in the natural sciences from a primarily trilingual situation in 1850 (English, French, and German) to a bilingual situation after the Second World War (English primary, Russian secondary), to the monoglot system of today. In particular, the significant and sudden decline of German, due to political upheaval during the twentieth century (especially the First World War) and cultural processes within the scientific community, was the primary condition for the transformation of a polyglot linguistic system in the natural sciences to a monoglot one. 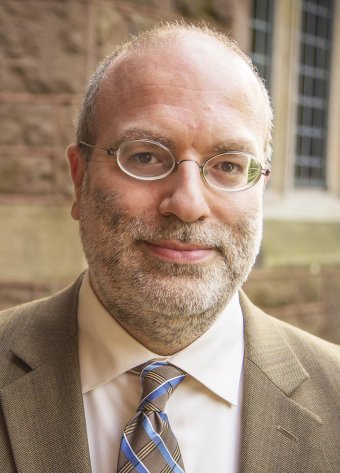 Michael D. Gordin is Rosengarten Professor of Modern and Contemporary History and Director of the Society of Fellows in the Liberal Arts at Princeton University, where he specializes in the history of modern science. He came to Princeton in 2003 after earning his A.B. (1996) and his Ph.D. (2001) from Harvard University, and serving a term at the Harvard Society of Fellows. In 2011 he was awarded a National Endowment for the Humanities Fellowship and was named a Guggenheim Fellow. He has published on the history of science, Russian history, and the history of nuclear weapons.