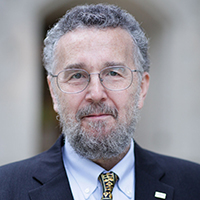 This talk explores the relationship between Niels Bohr’s complementarity interpretation of quantum mechanics and modern work on decoherence. It combines historical analysis with a systematic investigation of foundational issues. I will start by presenting my own articulation of the concept of complementarity and my attempt at reconstructing the concept in a more rigorous, technical form via the notion of “context-dependent mixtures,” which, I argue, very precisely captures the key insight in Bohr’s thinking and also explains, in a novel manner, Bohr’s views on the role of classical concepts in quantum physics. I will then argue that complementarity, so understood, is critical to understanding the precise sense in which, as it is said, the decoherence dynamics, which is really just Schrödinger dynamics, drives a system-instrument pair, entangled with environmental degrees of freedom, into a pure state that is “observationally indistinguishable” from a mixture over eigenstates.