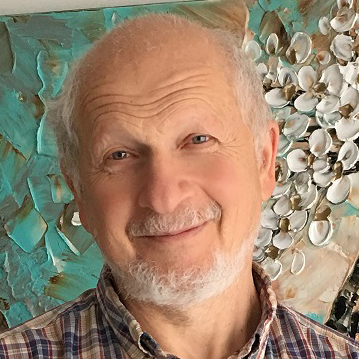 One of the most dramatic conversations in theoretical physics started in the fall of 1929, when 21-years old Soviet theorist Lev Landau found himself in European capitals of physics. From then on, Landau considered Bohr as his only teacher. Landau eagerly adopted Bohr’s “beautiful idea” that “in the relativistic quantum theory … the laws of ordinary quantum mechanics break down” together with the law of conservation of energy. To Landau’s mind this was “experimentally proved by continuous beta-ray spectra and also made probable by theoretical considerations”. These words are from his 1932 article referring to his (and R. Peierls’s) “theoretical considerations” of 1931.

In 1931, Bohr's hypothesis was supported by many theorists thinking about the physics of nuclei, including the young Russian friends of Landau, George Gamow and Matvei Bronstein. Bohr, however, refuted Landau’s “theoretical considerations”, first in oral discussions in Copenhagen, and finally in a huge article published in 1933 together with L. Rosenfeld. This article has been described by the prominent physicist and historian of science S. Schweber as “famously obscure and difficult”.

A clipping from the newspaper “Kharkov Worker” from 20 March 1934 showing Landau, Bohr, Rosenfeld, and Bronstein around the table.

Landau did not accept Bohr’s refutation by means of an ‟unrealistic” thought experiment, but realized that the very hypothesis of non-conservation of energy is incompatible with Einstein’s theory of gravity. However, Bronstein not only accepted Bohr and Rosenfeld’s thought experiment, but elucidated its physical essence in a short note from 1934. This apparently led Bronstein to the problem of quantum gravity, which became the subject of his doctoral dissertation the following year. In his analysis, Bronstein predicted that the solution of the quantum gravity problem would require “the rejection of our ordinary concepts of space and time, replacing them by some much deeper and non-evident concepts.”  He had no time to take part in this enterprise, since he “disappeared” in 1937, a victim of Stalin’s Great Terror.

Quantum gravity constitutes today one of the greatest problems of fundamental physics. I will focus on the human side of the fascinating conversation on the way from Quantum Electrodynamics to Quantum Gravity (leaving the mathematics to my article “Matvei Bronstein and quantum gravity”, Aracne, 2017).