While Galileo’s thought experiments have been the subject of extensive philosophical analysis,  relatively little attention has been devoted to the historical and intellectual context in which they  were deployed, and the specific role they played in Galileo’s overall vision of science.

In this paper I investigate Galileo’s use of thought experiments, by focusing on the epistemic and rhetorical  strategies that he employed in attempting to answer the question of how one can know what  would happen in an imaginary scenario. Here I argue we can find three different answers to  this question in Galileo later dialogues, which reflect the changing meanings of ‘experience’  and ‘knowledge’ (scientia) in the early modern period. 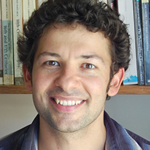 Once we recognise that Galileo’s thought  experiments sometimes drew on the power of memory and the explicit appeal to ‘common  experience’, while at other times, they took the form of demonstrative arguments intended  to have the status of necessary truths; and on still other occasions, they were extrapolations, or probable guesses, drawn from a carefully planned series of controlled experiments, it becomes evident that no single account of the epistemological relationship between thought experiment, experience and experiment can adequately capture the epistemic  variety we find in Galileo’s use of imaginary scenarios.

To this extent, we cannot neatly classify Galileo’s use of thought experiments as either ‘medieval’ or ‘early modern’, but  we should see them as indicative of the complex epistemological transformations  of the early seventeenth century.