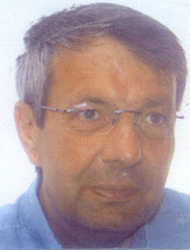 Niels Bohr attended Gammelholm School for 12 years, from 1891 to 1903. Established in 1870 by Gottlieb Nicolai Christensen, who became the first headmaster, Gammelholm School was not a normal private school but a school with its own profile. Trained as a clergyman, Christiansen was one of the pioneers in introducing visual instruction, woodwork and music by numbers instead of notes into the Danish school system. In the beginning all the pupils could be placed on a pouffe. Christiansen’s methods proved so successful that within a few years the school grew from two to more than 400 pupils.

The presentation is based on two years of study in Danish Archives and hitherto unpublished material on Niels Bohr and Gammelholm School. It will be argued that Gottlieb Christensen, the spirit of the school and the special pedagogical training there may have helped make Niels Bohr into the man he became.