Henrik Zinkernagel´, "Are we living in a quantum world? Niels Bohr and the classical-quantum divide." 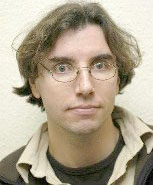 The spectacular successes of quantum physics have made it a commonplace to assert that we live in a quantum world. This idea seems to imply a kind of "quantum fundamentalism" according to which everything in the universe (if not the universe as a whole) is fundamentally of a quantum nature and ultimately describable in quantum-mechanical terms.

Bohr’s conception of quantum mechanics has traditionally been seen as opposed to such a view - not least because of his insistence on the necessity of classical concepts in the account of quantum phenomena. Recently, however, a consensus seems to be emerging among careful commentators on Bohr to the effect that he - after all - did subscribe to some version of quantum fundamentalism.

Against this consensus - and by re-examining the historical record - I will defend a variant of the traditional reading of Bohr in which 1) the answer to what an object is (quantum or classical) depends on the experimental context; and 2) any system, in principle, can be treated quantum-mechanically but not all systems can be treated that way at the same time.

Inspired by this reading of Bohr, I will furthermore argue that there are good reasons to remain sceptical regarding quantum fundamentalism, also when modern developments such as decoherence studies and early universe cosmology are taken into account.