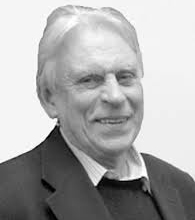 The scientific biography of I.V.Kurchatov includes: the prewar contributions of Kurchatov and his group in the Leningrad Physical Technical Institute; a review of the main directions of his activity in the Soviet atomic project; and Kurchatov's involvement in the development of fundamental physics and science in Russia.

Special attention will be given to: his work in nuclear physics in the 1930s and in the Soviet atomic project during (1942-45) and after (1946-49) World War II (which includes the beginning of atomic plants and the test of the first Soviet atomic bomb); the development of thermonuclear weapons (1950-55); the early growth of the Soviet nuclear industry; the construction of the first nuclear electric power station; and the origins of the nuclear navy.

The role of Kurchatov in the development of nuclear and accelerator physics in Russia for the pursuit of peaceful thermonuclear problems, as well as his initiatives for Russian participation in the organisation of international scientific cooperation in the late 1950s, will also be analysed.