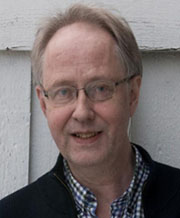 In the summer of 1917, the Norwegian academic and politician Fredrik Stangproposed, at a Scandinavian inter-parliamentarian meeting at Kristiania (Oslo), that the Nordic countries should make a concerted effort to promote the resumption of international collaboration in science after the war. He believed that the Nordic countries could replace Germany as centres of international science as they offered researchers from the Entente and the Central Powers neutral ground for meeting and collaborating. Norway and Denmark acted on Stang's suggestion, setting up foundations that would finance international exchange in science and the humanities. One result of this initiative was the Rask-Ørsted Foundation which, among other things, sponsored visitors to Niels Bohr's Institute for Theoretical Physics.

In my talk, I will describe the war-time plans to use neutrality as a resource for making Sweden a centre of international science. I will also discuss Swedish activities after the war, within the International Research Council (IRC), an organization created by Entente scientists in order to restructure international collaboration along the lines of the Versailles treaty. The Central Powers were excluded until 1926, and Swedish activities within the IRC centred on this problem: how to make the organization "truly international" by lifting the boycott of Germany and by strengthening the influence of smaller (often neutral) states.