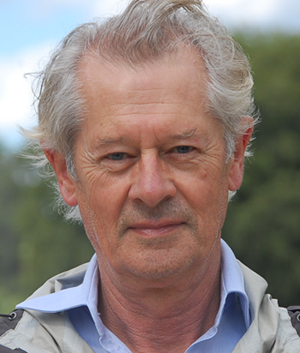 John Bolton was one of the early pioneers of radio astronomy. Born in Sheffield in 1922, he was educated at Cambridge University and graduated in 1942. John joined the Royal Navy and at the end of the war decided that his future was in Australia.

In 1946 he joined the government research lab CSIRO as a junior research officer and, within a few short years, discovered the first discrete radio sources, using a technique known as sea interferometry. The discovery of these sources and their identification with known optical objects marked the beginning of extragalactic radio astronomy, now a major branch of contemporary astronomy.

In 1955 John was recruited by the California Institute of Technology in Pasadena to start the first major radio astronomy group in the US. He returned to Australia in 1961 to become the first director of the newly completed Parkes dish, at the time the most advanced radio telescope in the world. The dish was used to discover hundreds of new radio sources, including a new class known as quasars, the most distant objects in the universe. In July 1969 the dish was used to receive the television signal of the first moonwalk by the Apollo 11 astronauts.

This talk will present an overview of John Bolton’s life, based on his personal papers held in the National Library of Australia.