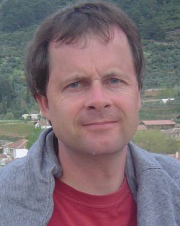 The acidification of Scandinavian lakes became a matter of political debate in the 1950s and 1960s. Where did the acid come from? Norwegian and Swedish scientists set out to prove the origin of lake pollution. UK, Belgium and Germany were considered the main suspects, certainly an allegation of political delicacy.

Political interest, sufficient research funds, new technology (computers) and the invention of a new form of scientific knowledge production (atmospheric modelling) helped to construct the evidence – and to pave the way for a new branch of science.

Three questions will be addressed in my paper: Which scientific practices were developed in atmospheric modelling? What specific features do these practices and forms of knowledge have? And why were these new and shaky forms of knowledge accepted – even by the suspects?