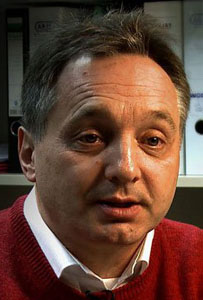 1925 through 1927, were very different from the resulting conflict over the theory in its mature form.

This talk analyzes the evolving stances taken by key participants on four major controversial value-related issues: Anschaulichkeit (or visualizability), Discontinuity, the Wave-Particle Dilemma, and Causality. The usual picture, according to which the philosophical debate consisted of two main camps, is found to be an oversimplification and a post-hoc justification of the final outcome of the controversy.

A closer conceptual analysis reveals more than one line of disagreement between major authors, even between those who were working in close collaboration, such as Heisenberg and Born, or Heisenberg and Bohr. For tactical reasons, some of the disagreements were emphasized and discussed publicly, while others were downplayed.

Furthermore, participants did not stick to their philosophical principles but often changed them as rhetorical tools: individual positions presented as strongly held principles were actually very flexible, in certain cases virtually reversing, sometimes as often as twice in the course of a year.

An analysis of the social and cultural reasons for such lack of principled commitment to philosophical interpretation leads to a new, somewhat revised, form of the 1971 Forman thesis on Weimar culture and quantum acausality.