Karl Hall, "The Schooling of Landau."

Lev Landau is perhaps the only Russian physicist whose "school" is readilyacknowledged internationally, without resort to any special pleading. Among physicists the social and intellectual coherence of the Landau school naturally rests heavily on Landau's own personal agency: his charismatic brilliance, the scope of his research, his pedagogical program. 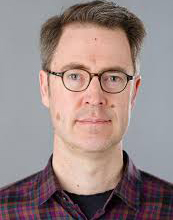 In this paper I will attend more closely to some of the structural and conjunctural factors that made the Landau school both possible and sustainable. For Russian science, the social utility of a "school" linked to a crucial figure (rather than an institution) dates from the late nineteenth century, when Russian physics was highly integrated with Central European institutions of learning.

Many of the identifying characteristics associated with the Landau school indeed had prior Russian analogues in the early twentieth century. During the 1920s Landau's own training in turn took place in an atmosphere of unstable social relations that rewarded behaviors neither previously nor subsequently tolerated.

Yet the founding of the Landau school was not peculiar-because-Soviet—and thus "merely" social in origin—but also the product of Landau's own intellectual development in interaction with crucial "outside" figures like Niels Bohr. Landau famously claimed Bohr as his only teacher, yet in his own work he adopted the Bohr "style" in only a very restricted sense, and actively discouraged his students from embracing Bohr's epistemological concerns.

I will briefly describe the context of their arguments over the measurement problem in quantum electrodynamics, and use that to motivate a further account of the development of Landau's school as an autonomous research program held together by a set of pedagogical practices that were not replicated outside the Soviet Union until the late 1950s.