Arthur I. Miller, "The Strange Friendship of Pauli and Jung When Physics Met Psychology."

At a key time in his scientific development, the physicist Wolfgang Pauli underwent analysis by Carl Jung. The encounters were inspiring for both men and sparked changes in their work.

I will talk about Pauli and how his scientific discoveries were affected by Jung’s analysis of his dreams. At the time Jung was looking into alchemy, mysticism and the I Ching. A very different Pauli emerges, one at odds with esteemed colleagues such as Niels Bohr and Werner Heisenberg. 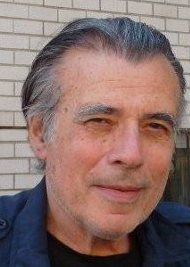 ARTHUR I. MILLER is professor of history and philosophy of science at University College London. He is fascinated by the nature of creative thinking and, in particular, in creativity in art (on the one hand) and science (on the other). What are the similarities, what are the differences?

He is the author of Einstein, Picasso, which was nominated for the Pulitzer Prize and Empire of the Stars, which was shortlisted for the 2006 Aventis Prize for Science Books. Deciphering the Cosmic Number: The Strange Friendship of Wolfgang Pauli and Carl Jung was published in April 2009. The paperback version, 137: Jung, Pauli and the Pursuit of a Scientific Obsession, will be published in May 2010.