Inge Lehmann and the Rise of International Seismology, 1925-1970

“When I began my work, the science of seismology was still young and in the main fairly unexplored.” (Birch & Lehmann 1971) 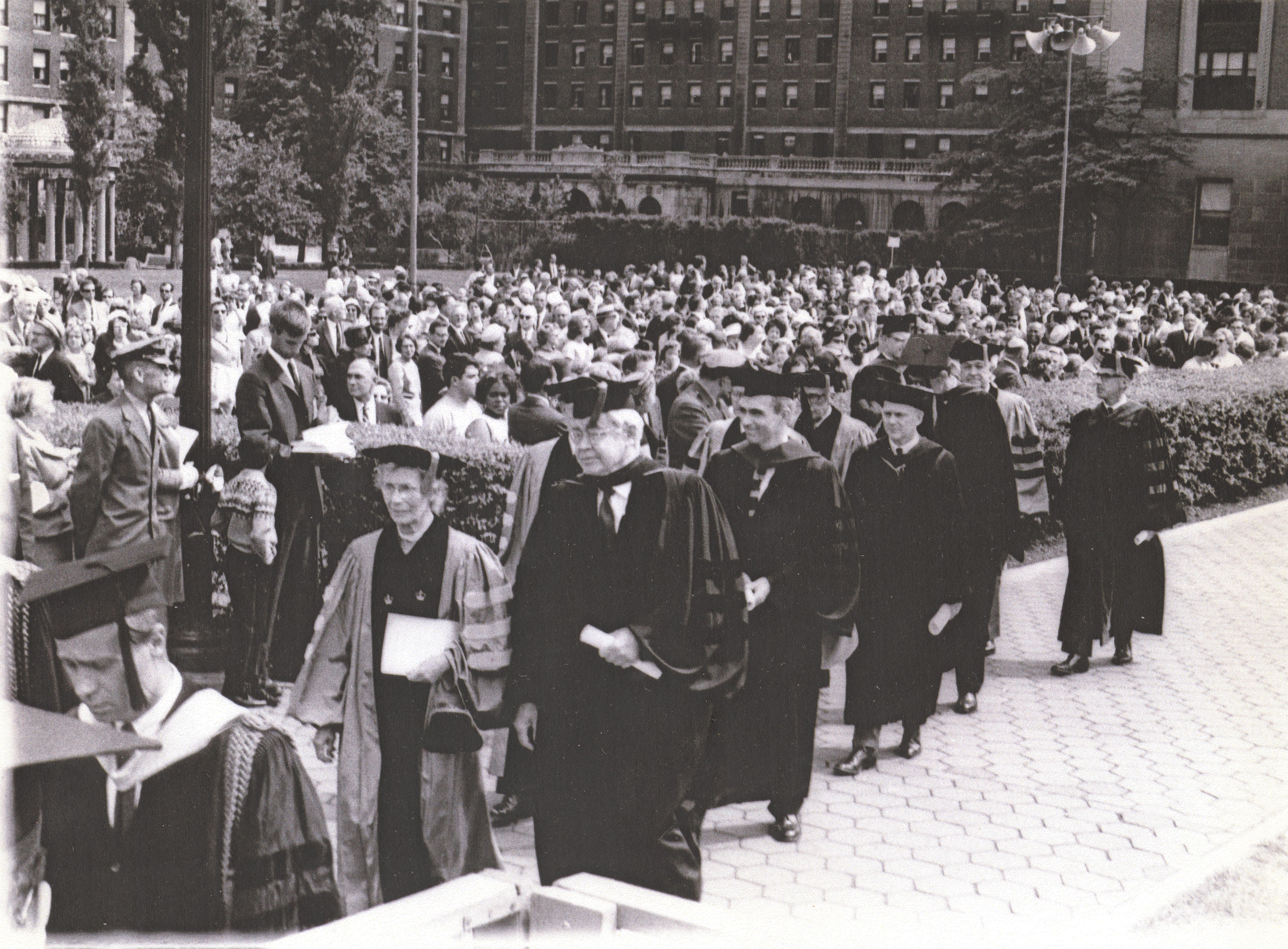 Inge Lehmann is escorted by Maurice Ewing, director of Lamont Geological Observatory, to receive an honorary degree from Columbia University in 1964. Copyright GEUS

These were the words Inge Lehmann (1888-1993) used to sum up her career when she received the prestigeous Bowie Medal in geophysics. During her lifetime, seismology, the study of earthquakes and the propagation of elastic waves through the Earth, had developed from a small, isolated discipline to a large, well-funded research area. This growth took place against the backdrop of the Cold War with its political and military agendas, and seismology attracted special interest because it provided tools for the detection of nuclear weapons tests.

Born in a time when few women were allowed to hold senior scientific positions, Lehmann had an extraordinary career: In 1925 she was appointed Head of the Seismic Section at the Danish Geodetic Institute, where she published evidence for the Earth's inner core in 1936. During her time at the Institute she also served as an executive member on most of the European seismic organisations. After her retirement in 1953 she continued her work at research institutions in the USA and in 1964 proved a velocity discontinuity at a depth of 200 km, known today as the ‘Lehmann Discontinuity’.

To coincide with the 125th anniversary of Lehmann’s birth, the aim of this project is to write the first historical biography of Inge Lehmann, based upon collections of letters and documents in Denmark and the USA. The proposed project will take a biographical approach to her life and career, and it is envisaged that the personal information will also serve as a lens, revealing the much larger story of how international seismology developed from a small, obscure discipline to a science with powerful geopolitical implications. Thereby, Lehmann’s career can be contextualised into a wider framework of discipline development, international politics, and gender studies.