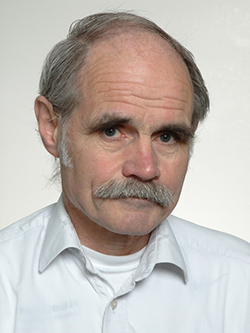 The Niels Bohr Archive congratulates Helge Kragh on this important and well-deserved recognition of his decade-long engagement in the dissemination of the natural sciences and their history through numerous book and journal article publications as well as public lectures and appearances in films and on television.

Helge Kragh is Professor emeritus at the Niels Bohr Institute of the University of Copenhagen and Associated Researcher at the Niels Bohr Archive.  He is a renowned historian of science and the author of more than 850 scholarly publications, including 35 books on the history of physics, cosmology, and chemistry, including An Introduction to the Historiography of Science (1989), Dirac: A Scientific Biography (1990), Cosmology and Controversy (1999), Quantum Generations: A History of Physics in the Twentieth Century (2002), and Conceptions of Cosmos: From Myths to the Accelerating Universe (2013). He has also been very active in disseminating the physical sciences and their history. Kragh has previously been honored with, among others, the 2016 Physics Estoire Prize, the 2019 Abraham Pais Prize for History of Physics from the American Physical Society, as well as the 2019 Roy G. Neville Prize in Bibliography or Biography from the Science History Institute, Philadelphia.