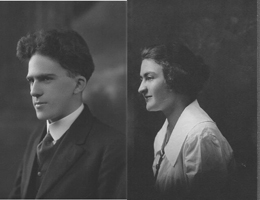 NBA has received a collection of letters from the American physicist Robert Bruce Lindsay to his parents while working at Bohr's institute from 1922 to 1923 and travelling in Europe in 1937. It can be consulted in Archon here (new window). The collection represents a unique perspective on Bohr's institute by a young American physicist as well as more generally on Europe by an American couple. In order to access the archival documents themselves, this application should be filled out and returned to NBA.