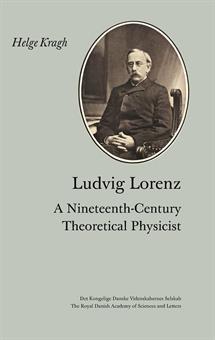 Ludvig Valentin Lorenz (1829–1891) was Denmark’s first theoretical physicist of international recognition. Although generally considered a secondary figure in the history of science, Kragh shows that Lorenz contributed importantly to a wide range of subjects ranging from materials science to fundamental theories of optics and electrodynamics. Apart from his theoretical work he was also a brilliant experimenter who felt as much at home in his laboratory as behind his study desk. Today his name is eponymously associated with terms such as the Lorenz gauge, the Lorenz-Lorentz formula, the Lorenz-Mie theory and the Lorenz number.

Helge Kragh is Professor emeritus at the Niels Bohr Institute of the University of Copenhagen and Associated Researcher at the Niels Bohr Archive.  He is a renowned historian of science and the author of numerous scholarly articles and books on the history of physics, cosmology, and chemistry, including An Introduction to the Historiography of Science (1989), Dirac: A Scientific Biography (1990), Cosmology and Controversy (1999), Quantum Generations: A History of Physics in the Twentieth Century (2002), and Conceptions of Cosmos: From Myths to the Accelerating Universe (2013).

More information about the book can be found here. It can also be consulted at NBA's library.