Reinhard Siegmund-Schultze, “The Oslo Congress of Mathematicians on the eve of the Second World War” 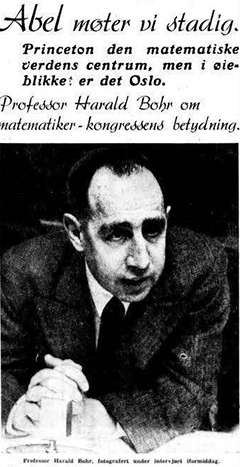 The talk focuses upon and stresses the historically unique character of the International Congress of Mathematicians that took place in Oslo in 1936. This congress was the only one on this level to be held during the period of the Nazi regime in Germany (1933–1945) and after the wave of emigrations from it.  The differences between the goals of the various participants in the congress, most particularly the Norwegian organisers, and the Nazi-led German delegation will be described.  The background to the absence of the proposed Soviet and Italian delegations will be discussed. Norwegian newspaper articles with interviews with Harald Bohr and Otto Neugebauer will be discussed.

The talk is based on a book about to appear coauthored with Christopher Hollings (Oxford). There we go, more than possible in this talk, into the mathematical dimension of the Oslo congress. 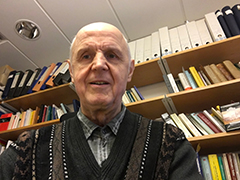