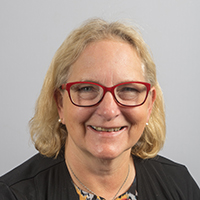 Anthea J. Coster, "Lise Meitner: Her Escape from Germany and the Discovery of Fission"

Lise Meitner was one of the pioneers of nuclear physics and co-discoverer, with Otto Hahn and Fritz Strassmann, of nuclear fission. Albert Einstein once called her “the most significant woman scientist of the 20th century.” Yet by the 1970s, her name was nearly forgotten. With the publication of the book by Ruth Lewin Sime, “Lise Meitner, A life in physics,” to some extent her name has resurfaced. The chronology of the discovery of fission is considerably more complex than the facts, and clouded by events beyond the world of science. The facts are that on January 6, 1939, Hahn and Strassmann reported in Naturwissenschaften their chemical findings for fission. On February 11, 1939, Meitner and Frisch published in Nature the physical interpretation of the process they named fission. In 1944, Otto Hahn alone received the Nobel Prize in Chemistry “for his discovery of the fission of heavy nuclei.” 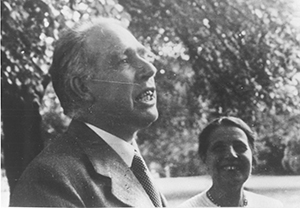 I became familiar with Lise Meitner and her story when, in 1972, Dr. Sime started writing my father for details about Lise Meitner's escape from Germany. This is because in July 1938, my grandfather, Dirk Coster, was the person who escorted her out of Germany. In Sime's book, Meitner's escape from Germany reads like a spy novel, except that it is completely based in fact. At age 59, Meitner left Germany forever with 10 marks in her purse, one small suitcase, and a diamond ring given to her by Otto Hahn that he had inherited from his mother.

This talk will be a combination of facts, excerpts from the film, “Path to Nuclear Fission: The Story of Lise Meitner and Otto Hahn” (a film by Rosemarie Reed), and personal stories heard from my father, aunts, and uncles. Lise Meitner's early years, her role in the discovery of nuclear fission, her escape from Germany, and the consequences that followed will be covered.