Thomas Kaiserfeld, "European Neutrons from Parasitic Research to Global Strategy:  Realizing Plans for a Transnational European Spallation Source in the Wake of the Cold War." 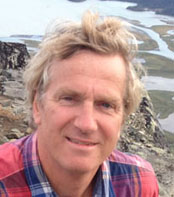 Presently, one of the largest research efforts in Europe, The European Spallation Source (ESS), is under construction in the Øresund region. This Big-Science facility has successfully presented itself as relevant to a variety of national and international policy-makers, to the community of European neutron researchers, as well as to several industrial interests. All this has been achieved in a research-policy environment subject to dramatic transformations, from calls to engage researchers from the former Eastern Bloc in the early 1990s, via competition with American and Asian researchers at the turn of the century 2000, to intensified demands for business applications. During this process, there has also been fierce competition among potential sites in the U.K., Germany, Spain, Hungary and Sweden, not once, but twice. The project has in addition been plagued by withdrawals of key actors as well as challenging problems in the field of spallation-source construction. Nevertheless, the European Spallation Source has survived from the early 1990s until today, and is now under construction at Lund in southern Sweden. In this presentation, the different measures taken and arguments made by the European Spallation Source project in order to realize the facility will be analysed, with special emphasis on the various designs of the European Spallation Source as responses to external demands and threats.