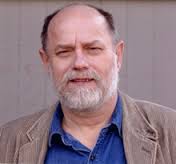 Dieter Hoffmann, "Friedrich Houtermans (1903-1966): A physicist between Hitler and Stalin."

Friedrich Georg Houtermans is among those lesser-known physicists who nevertheless contributed significantly to paving the way to modern physics. He made significant contributions to quantum and nuclear physics, and also to the modern earth sciences. In my talk, I will present his physics and his life, which was an adventurous reflection of the Age of Extremes that cast him quite literally between Hitler and Stalin.