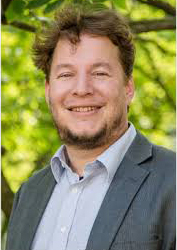 In my talk, I will study this inner tension in the history of post-war physics by examining the history of many-body physics, a field of research that, in the words of one of its protagonists, David Pines, during the 1950s turned from a "quiet corner of theoretical physics" into a "major crossroad." Many-body physics centered not around a shared object of study, but around a shared set of methods and new heuristics for coming to grips with systems consisting of large numbers of interacting particles.

I will present selected case studies (including the Nobel prize winning work of Aage Bohr and Ben Mottelson on the structure of atomic nuclei, and the work of David Bohm and David Pines on the electron gas in metals) and discuss the field’s role as mediator between the emerging subdisciplines of physics at a time when physicists were facing an accelerated Balkanization of their discipline.

Many-body physics enabled transfer of knowledge between subdisciplines, which deeply affected the research practices of nuclear and solid-state physicists – and, eventually and perhaps surprisingly, also those of particle physicists