One fundamental role of the history of science is to explain how scientific theories emerge, evolve, and disappear. For a long time, several forms of a rigid dynamics, such as the one proposed by Thomas Kuhn, were suggested to explain scientific development. Even though historians no longer subscribe to the project of a rigid dynamics being applicable to all historical situations, they still usually share some of the premisses of such a project, e.g., that scientific concepts develop by extension and sharpening, that new scientific models and theories are suggested in opposition to old ones, and that such opposition evolves into a replacement of the old theory by the new one. 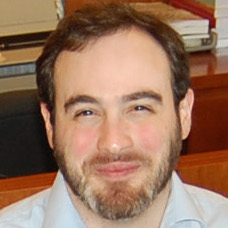 In this talk I will analyze the history of one concept in quantum physics — that of “quantum field measurement” — with the aim of questioning such assumptions. Quantum field measurement was discussed by Niels Bohr in a famous article written in collaboration with the Belgian physicist Léon Rosenfeld in 1933. I analyze how this article was read, used, and interpreted by physicists from 1930 to 1970. I focus mainly on physicists situated in the USA or at the Institute for Theoretical Physics in Copenhagen. From 1933 to the 1950s and 1960s, the original arguments persisted, but with different purposes, with different meanings. These changes in meaning did not emerge in opposition to Bohr's original ideas, nor as extensions; another dynamics of scientific development appears, in which scientific concepts suffer continuous, small changes during their everyday use.

The talk summarizes my research over the last four years, and indicates the new directions that I am taking in my postdoctoral research at the Niels Bohr Archive.