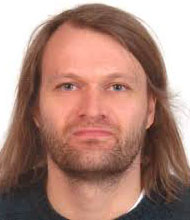 From the 1920s to the 1950s, Niels Bohr and his Institute in Copenhagen played an important role for physics in Norway. At Copenhagen, young Norwegian physicists could be part of one of the world's most influential and dynamic schools of physics, supported by Bohr's network of pan-Nordic scientific collaboration and a largely common culture and language. Bohr was also a frequent and powerful referee for physicists in Norway when it came to academic appointments and research grants.

Johan Peter Holtsmark was 29 years old when he was appointed Professor of Physics at the Norwegian Institute of Technology in Trondheim in 1923. In 1932, he took up the project to build a Van de Graaff generator, which became the first particle accelerator in the Nordic countries when it delivered its first beam in 1936.

In my presentation, I will place Copenhagen in Holtsmark's wider international network that enabled him to enter accelerator based nuclear physics research in the periphery of Europe's scientific community and to train a first generation of nuclear physicists in Norway.