Astrophysicists need accurate positions, distances and motions of stars in order to understand the evolution of stars and the universe. 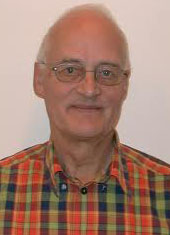 Astrometry provides such information, but this old branch of astronomy seemed dull and old-fashioned to most astronomers in its competition with astrophysics. In fact, astrometry was facing extinction during much of the 20th century.

The direction to go was shown by observations at the Copenhagen Observatory in 1925 with a new technique: photoelectric astrometry. Digital techniques were successfully introduced in photoelectric astrometry with an astrometric telescope at the Hamburg Observatory in the 1960s. This development paved the way for space technology as pioneered in France and implemented in the European satellite Hipparcos, launched in 1989.

The new ESA satellite Gaia, a million times more powerful than Hipparcos is due for launch in 2013. The subject of the talk is the last 100 years of astrometry in which the speaker has been involved since 1954 as appears on the NBI website. and in the paper "Astrometry Lost and Regained", published in Baltic Astronomy.

The lecture, which has developed over many years and earlier versions of which have been given in many places around the world, is offered in celebration of Erik Høg’s 80th birthday on 17 June. After the lecture, there will be an informal reception, where all are welcome.