Yuri Demkov, "V.A.Fock and his role in the development of theoretical physics in the twentieth century." 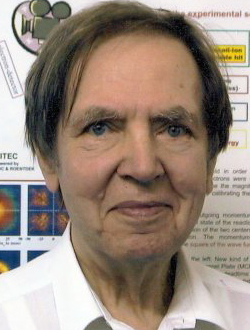 Discussions with Bohr in the 1960s. Foundations of quantum theory and gravitational theory. Relations with Landau. Family. Personal reminiscences.

Biography:
Born in 1926, Demkov was a student of Professor Fock, working with him for 25 years from 1949 until Fock's death in 1974, when Demkov succeeded Fock as professor at Leningrad University. Demkov's main areas of interest are theoretical atomic physics and atomic collisions.