A film by Lars Becker Larsen. 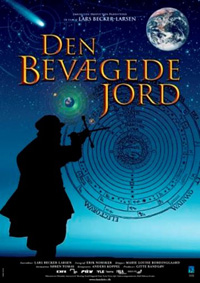 The Earth is not the immovable centre of the world but a planet in orbit around the sun: this was the claim made by the astronomer Nicolaus Copernicus in 1543. To the Christian church this was a heresy that contravened the Word of God.

For centuries to come great scientists like Tycho Brahe, Kepler, Galileo and Newton doggedly pursued the notion of a moving earth, and from this epoch-making process there emerged not only a new view of the world but the modern natural sciences.

After a short break, a discussion of the film from various perspectives will be introduced by:

Karin Tybjerg, historian of science and Director of the Astronomical Unit of Kroppedal Museum;
Casper Tybjerg, Associate Professor at Film and Media Studies, the University of Copenhagen; and
Benny Lautrup, Professor of Physics at the Niels Bohr Institute.