In the 1930s, people began to remark that the weather was getting warmer. Few connected this with human activity. For decades, scientists had known of a theory that emissions of carbon dioxide from fossil fuels might cause global warming, but most thought this theory was fallacious. 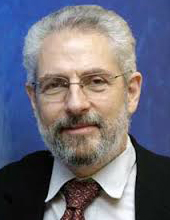 Anyway nobody worried about a warming that could only come in some far distant future. Views changed in the late 1950s, driven by new theoretical arguments and measurements, and a new awareness of the fragility of global ecosystems.

In the early 1970s, a wider public took an interest in the question as an onslaught of droughts suggested we were already damaging the climate. But people were confused by a debate over whether pollution of the atmosphere would bring global warming or, instead, a new ice age. At the end of the 1970s, computer models pushed scientific opinion toward warming.

The discussion now became enmeshed in fierce debates over government regulation of emissions, until questions like the influence of solar variation on climate took on political overtones. Meanwhile new evidence showed that the climate could change far more abruptly than scientists had guessed.

The world's governments devised a novel mechanism to coordinate scientific advice, and by 2001 discussions concluded in a broad consensus: there is a serious risk of harmful warming in coming decades.