In his Preface to The advancement of science, and its burdens (Cambridge University Press, 1986), a collection of essays which contains several of his articles on Einstein, Gerald Holton indicated that he hoped that collectively they would suggest answers to some of the following questions: 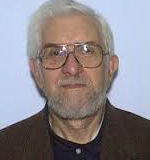 How did [Einstein's] work shape the culture of science ...?
What is the modern scientists' belief system, and do they still need a guiding philosophy of science, whether held consciously or not? .. ..
What limits may society validly place on the work of researchers?

I shall address these issues by looking at Einstein and Oppenheimer, at some of the communities they belonged to, and at some of their interactions. Doing so highlights the role played by philosophical commitments. It also raises the issue of how to assess the life, the work and the legacy of exceptional individuals when the context they were instrumental in changing, has changed radically.

Einstein had a high regard for Oppenheimer and had only respectful things to say about him. Oppenheimer, though deeply admiring of Einstein, was at times publicly highly critical of him. I shall give an account of Oppenheimer's recorded statements regarding Einstein and address the question: "Why the antagonism on Oppenheimer's part?" I shall then offer some answers by looking at Oppenheimer's and Einstein's relation to their roots.