During the last half century, photographic archives have expanded dramatically. 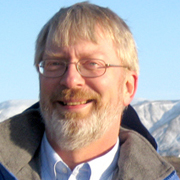 Yet historians remain hesitant about embracing photographs as historical evidence. Many only seek photographs at the end of research projects; too often they are then used like potted plants, intended to illuminate stories derived solely from written sources. There are dangers in ignoring photographs as evidence, however: as historian Keith McElroy rightly notes, "frequently their content has contradicted the thesis of a publication that was derived from literary sources."

Historians of science have moved more slowly than colleagues in other fields to incorporate analysis of photographs of the social, technical, and institutional practices of science into their writings. Sustained by the rich textual and archival sources of a privileged and highly verbal elite, few historians of modern science have felt the pressures that inspired social historians to utilize novel methodological approaches, including careful examination of photographs.

In this informal seminar, I would like to discuss a new book project I am jointly writing with Pamela M. Henson (Smithsonian Institution) about the use of photographs as historical evidence. Our goal is both to demonstrate the importance of visual resources as a methodological tool and to reexamine the historiography of recent science.