Rajesh Kochhar, "Colonial use of science and the native responses."

It is an interesting coincidence that the first English East India Company ship reached India the same year (1608) the telescope was invented in The Netherlands. This brings home the important point that modern science and technology has grown hand in hand with maritime trade, colonial expansion, and domination over nature and fellow human beings. We address three issues: 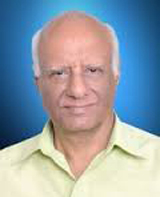 i. How was (modern) science and technology used as a colonial tool.

ii. How this rule was sought to be legitimized in the eyes of the natives as well as for home consumption

iii. How did the natives respond to the above two. In particular how have the Non-West’s differential attitudes towards modern science and technology been fashioned by the colonial experience?