Paul Forman, "'Technoscience,' or, The subsumption of science into technology in postmodernity." 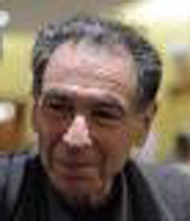 The introduction, the acceptance, and the acceptations of 'technoscience' are indicative of the inversion of the culturally presumed relation between science and technology with the transition from the modern to the postmodern era.

Whereas in modernity science stood culturally higher and conceptually prior to technology, in postmodernity science is increasingly – and may evenually be totally – subsumed into technology. (Lyotard asserted the inversion of the relation between science and technology in La Condition postmoderne (1979), and by 1984 was using 'technoscience' to convey it. Latour’s adoption of the word is later, though more influential in English.)

This relative role-and-rank reversal results from science’s fall from the heights of a disinterested and transcendent truth, together with technology’s essential consistency with the ends-justify-means ethos of postmodernity – an ethos as abhorrent to modern science as it was to modern politics.

The subsumption of science into technology comes about then through 1) the extensibility of the concept ‘technology’ to encompass every sort of doing; and, 2) pragmatic-utilitarianism, whether of the individual or of the corporative entity, as postmodernity’s sole means of valuation.