Dr. Wernher von Braun (1912-1977), the German-American rocket engineer, has long been a subject of controversy because of his role in the Third Reich’s V-2 ballistic-missile program, his consequent membership in the SS and the Nazi Party, and his subsequent move to the U.S. to play a prominent part in American rocket development.

Notwithstanding his Nazi past, during the Cold War he was the object of much hero-worship in the western world for his contributions to rocket technology, from the V-2 to the Saturn/Apollo program, and for his energetic salesmanship for the idea of spaceflight in the mass media. Many biographies have been published about von Braun, most of them, at least until recently, quite uncritical. 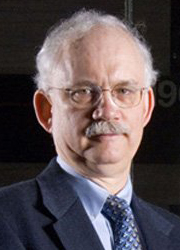 In this illustrated talk, Michael Neufeld will discuss his new biography, Von Braun: Dreamer of Space, Engineer of War (New York: Alfred A. Knopf, 2007). Neufeld’s central thesis is that von Braun became possessed by a dream in his teenage years of leading a space expedition, even landing on the Moon, and this enormous ambition led him into a Faustian bargain with Hitler’s regime. Strongly influenced by his Prussian aristocratic, conservative-nationalist upbringing, he all too easily slipped into working for the Nazis, and his outstanding talent for leading and organizing giant engineering teams meant that he was all too attractive to the German Army and the regime.

Only late in World War II, following his involvement with concentration-camp labor and his brief arrest by the Gestapo for drunken remarks about the war, did he realize his position. The U.S. Army became his deus ex machina, rescuing him from any consequences for his actions.

After developing the V-2, which impacted rocketry around the world, he went on to make three more important contributions: selling the public on space travel, helping launch the first U.S. satellite, and leading the design of the gigantic Saturn launch vehicles for the Moon-landing program. Notwithstanding his morally dubious past, von Braun still must be rated, Neufeld argues, as the most important rocket engineer and space visionary of the 20th century.