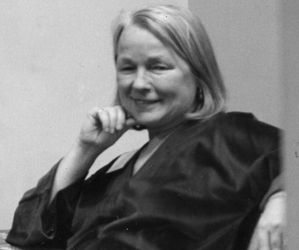 For 40 years the Center for History of Physics has played an activist role in ensuring that correspondence and other manuscript source material documenting physics and related disciplines are saved at appropriate repositories. The Center has also pioneered fieldwork with scientists as a means toward learning how to document new research institutions emerging in the post-WWII era.

The first such project focused on Brookhaven and other National Laboratories of the Department of Energy. The most recent -- a decade-long study of large multi-institutional collaborations -- is now completed. Along the way, the AIP Center has become the prototype not only for various "discipline centers" in the USA but also for programs in other countries dedicated to documenting national contributions to modern science and technology.

As Associate Director of the AIP Center, Warnow-Blewett has had main responsibility for the Center's documentation programs. She will describe the major findings of the fieldwork projects and the AIP recommendations for actions needed to secure the documentation.

Basic for any documentation program is the correspondence and other unpublished material of individual scientists; accordingly, Warnow-Blewett particularly welcomes participation by scientists who are concerned about their papers.