Helge Kragh, "Paul Dirac and the Concept of Antimatter."

A considerable part of modern theoretical physics rests on the pioneering contributions of Paul Dirac, Nobel laureate of 1933 and born one hundred years ago. Among these contributions, his introduction of antielectrons (and more generally antimatter) in 1930-31 is perhaps the most important. 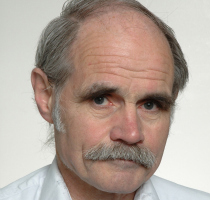 Helge Kragh, Professor of the History of Science, University of Aarhus, Denmark

Although speculations about a kind of antimatter can be found back in the Victorian era, it was only about 1931 that the astounding notion was justified scientifically, as a consequence of the relativistic wave equation that Dirac had found in 1928.

The lecture will focus on the early events from 1928 to 1933 (when Dirac, in his Nobel lecture, speculated about entire antiworlds), but also outline parts of the later history of antimatter, including its role in cosmological theory.