Marie Sklodowska's first research project in 1894-96 was a wide-ranging study of the magnetic properties of tempered steels. She first became known internationally by her conclusions on how to manufacture steel magnets that were reliably permanent: a major commercial problem for which no general theoretical or empirical solution had hitherto been identified. 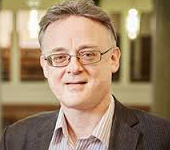 Despite the longer-term importance of her research for the emergence of trustworthy permanent-magnet measuring devices, neither biographers nor historians of instruments have discussed this aspect of Mme Curie's pre-radioactivity researches.

This talk argues that there were important methodological and conceptual continuities between her study of unstable magnets and her subsequent researches on radioactive metals.

In exploring themes of temporality, instability, and materiality in Curie's early work, the talk further examines the reluctance of the late nineteenth century electrical industry to attribute originality to the researches of a female investigator.