Gino Segrè, "The front row: Physics in Transition and the 1932 Meeting at Niels Bohr's Institute for Theoretical Physics."

In 1932 a group of forty of the world’s leading physicists gathered for their annual meeting at Bohr's institute on Blegdamsvej. As usual, the week-long gathering focused on the latest developments in quantum physics. 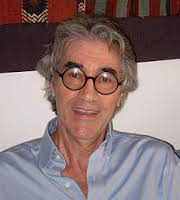 Bohr had created an atmosphere of questioning and informality, with young and old challenging one another and presenting new ideas. Seated in the front row were Bohr and the other physics greats of the time. 1932 was a pivotal year: the recent discovery of the neutron was foremost in everyone’s mind.

Little did the attendees know this finding would usher in the transition from atomic to nuclear physics at a time when the world was changing politically and socially as well. A year later, many of them would begin to flee Europe, escaping the terrors of fascism.

At the close of the meeting, the youngest participants performed a skit poking fun at their elders. A parody of Goethe’s Faust adapted to the travails of physics, the skit foreshadowed ominous future developments. The world, and physics, were changing forever.