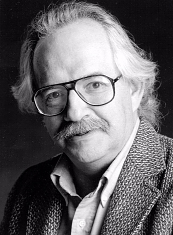 Saha and Takamine represent interesting examples of physicists from very different backgrounds, each of whom made contributions to modern physics in ways that can be seen in terms of their differing social and cultural backgrounds.

From 1920 through the 1940s both physicists made pilgrimages to the West, stopping, staying and working in various centers on the European mainland, including Bohr's Institute in Copenhagen, in Britain and the United States.

Their experiences of the West were quite different and they also had very different goals and impressions about the way physics ought to be pursued in their own countries.

For example, Saha's ionization equilibrium theory was a key, but maverick, ingredient in the linking of astrophysics to modern physics, whereas Takamine worked along more traditional lines in laboratory spectroscopy in the wake of the fate of Nagaoka's theories about the structure of the atom.

Here I will relate some of Saha and Takamine's views and differences, partly through correspondence between the two as they maintained contact over the years.