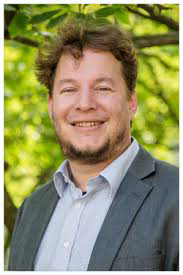 One half of the 2008 Nobel Prize in Physics was awarded to Yoichiro Nambu for his 1960 discovery of the role of spontaneous symmetry breaking in elementary-particle physics. This insight was facilitated considerably by Nambu's prior work in solid-state theory – particularly on the BCS (Bardeen, Cooper, Schrieffer) theory of superconductivity – where similar concepts had been introduced in the late 1950s.

By transferring concepts from theories of the solid state to theories of elementary particles, Nambu succeeded in providing an ingenious point of view that would prove fruitful for many years thereafter and still today permeates all theories involving the Standard Model.

Solid-state physics and elementary-particle physics are usually viewed as being largely disconnected fields of research which share little more than their conceptual basis – quantum mechanics.

In my talk, I will show that, to the contrary, the history of both fields is intertwined to a large extent. In the mid-to-late 1950s, key notions (quasiparticles, collective excitations) and methods (diagramatic perturbation theory, renormalization) of modern condensed-matter theory emerged from the transfer of quantum field theoretical methods, which had their origins in particle physics, to the nascent field of solid-state physics.

I will trace the formulation and transformation of these concepts within the context of solids, and their far-reaching heuristic and ontological consequences for the field which today is arguably the largest subdiscipline of physics. In the early 1960s, novel concepts from the quantum field theory of solids – which had flourished quite independently for several years – were able to cross-fertilize back into the field of particle physics. Even today, interactions between condensed-matter and particle physics are not uncommon, especially at the frontier of research. I will study the dynamics of these interactions and examine the topology of the conceptual borderlands between both fields of research.