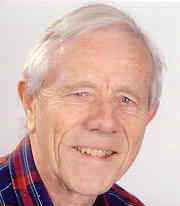 Christian Gram, Regnecentralen 1962-1973, professor at the Department of Computer Science of the Danish Technical University 1973-2000.

Computer development in Denmark started in 1955, when the Academy of Technical Sciences (ATV) created Regnecentralen as an independent ATV-institute. During the next 20–30 years Danish computer scientists made a number of significant contributions, such as:

The Algol 60 report with a short and concise programming language definition (1960).

The CPR-system, which has been copied in several countries (1968).

The Dankort system based on CR80, a computer developed by Christian Rovsing (1984-85).