Chris Chilvers, "1931, the year of living dangerously: The Russian Delegation and the Second International Congress of the History of Science." 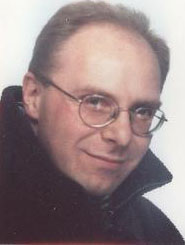 The Second International Congress of the History of Science held 1931 in London has acquired an iconic status in the modern discourse. Contrary to the generally accepted view that the event was intended to be a 'quiet meeting of historians of science' of standard academic character, the congress was designed to launch a public intellectual movement for the history of science, and the debates were carefully sequenced to demonstrate the contemporary and philosophical relevance of the history of science.

The most serious historical reinterpretation has occurred regarding the Special Session, allegedly dedicated to the Russian delegation's papers, which witnessed the crescendo of the confrontation between the Russians and Charles Singer, the mainstream historian of science mainly responsible for the organisation of the event.

Indeed, the congress needs to be understood in terms of the political and economic maelstrom in which Britain found itself in the summer of 1931. The presence of the Russian delegation exacerbated this tension and brought the political crisis to the floor of the Science Museum.