The Belgian physicist Léon Rosenfeld was a man at the centre of modern theoretical physics, Niels Bohr's right hand, politics' left hand, a perceptive polyglot cosmopolitan, whose path crossed those of many important people in several countries. 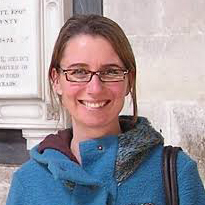 He was also a strong integrated personality capable of performing exotic calculations in quantum field theory at one moment, disentangling subtle philosophical questions or intervening in a political discussion the next — all at the highest level.

I shall discuss what kind of man and physicist Rosenfeld was, in particular regarding his world view and political engagement and how they were related to his never failing fierce defence of Bohr's quantum philosophy. His route to the top of the physics community went through Paris, where he was supervised by Louis de Broglie, then through Göttingen, where he was Max Born's assistant and was taught by Pascual Jordan, and then through Zurich, where he matured as a physicist specialising in relativistic quantum mechanics under Wolfgang Pauli's guidance around 1930.

I shall also relate Rosenfeld's collaboration with Bohr; his discovery of Marxism, and his enthusiasm for the social experiment in Russia; his reaction to Trotsky's Copenhagen speech in 1932; his role in introducing the discovery of fission in the United States; how he survived the war in Utrecht as a sworn Marxist with a Jewish name; and finally his political engagement during the Cold War and his efforts to defend Bohr's quantum philosophy in the same period. In the talk I shall give numerous examples of the rich and colourful correspondence in the Rosenfeld Papers at the Niels Bohr Archive.