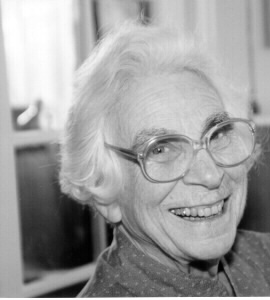 In spite of her Jewish heritage Hilde Levi was able to obtain a doctorate degree in physics and chemistry at the University of Berlin in 1934, during the early stages of Hitler's dictatorship. Realizing that she did not have a future in Nazi Germany, she contacted the Danish branch of the International Federation of University Women, which arranged the necessary connections to Denmark, where she obtained employment at the Niels Bohr's Institute of Theoretical Physics at the University of Copenhagen.

Beginning in the mid-1930s, she was an assistant to the Hungarian physical chemist George Hevesy, applying Hevesy's radioactive indicator technique in biology, an application which had recently been made possible by the discovery of artificial radioactivity in 1934. Up to the German occupation of Denmark in April 1940 - when she took up work at the Carlsberg Laboratory, an internationally renowned research institution for biology - she published several papers together with Hevesy. Along with thousands of other Danish Jews, Hilde Levi fled to Sweden in late September 1943, where she was offered an appointment at the Wennergren Institute for Experimental Biology in Stockholm, headed by the biologist John Runnström. She worked there until the end of the war.

After the war, Hevesy remained in Stockholm and Bohr decided to discontinue the biological research that had taken place at his Institute. Hilde Levi, who returned to Denmark as soon as she had the chance, was offered a position at the Zoophysiological Laboratory of the Danish Nobel Prize winner August Krogh, who had cooperated closely with Hevesy before the war. She worked there until her retirement in 1979, during which time she produced a number of scientific papers and was instrumental in spreading the gospel of the isotope technique to students and professionals alike.

Hilde Levi spent the academic year 1947-1948 in the United States, the first of several research visits there. At this first visit she learnt to apply carbon-14 in determining the age of substances containing carbon. The Danish National Museum in Copenhagen soon recognized her expertise in this area and supported her development of an apparatus for age determination based on carbon-14 dating - the first such device in Europe. The apparatus was first put to use in 1951 and made possible the determination of the exact age of the Grauballe Man, a well-preserved corpse which had been immersed in a peat bog for what was shown to be more than two thousand years.

During her visit to the U.S.A. Hilde Levi also became familiar with the technique of autoradiography, which the Finsen Institute in Copenhagen then put to use to investigate the side effects of the drug thorotrast. From 1952 to 1970 she was a consultant to the Danish National Board of Health, as it developed legislation pertaining to the new field of radiation protection.

After her retirement in 1979 Hilde Levi became involved in history of science, developing a close relationship with the Niels Bohr Archive. In particular, she located and photocopied Hevesy's letters and manuscripts from public and private archives all over the world in order to supplement the Hevesy Papers already at the Archive. This research culminated in the publication in 1985 of her acclaimed biography of Hevesy. Hilde Levi also took the initiative to prepare the Niels Bohr Centennial Exhibition at the Copenhagen Town Hall in 1985.

From her retirement until the end of her life, Hilde Levi was of invaluable help in the work of the Niels Bohr Archive, in too many capacities to mention. She will be sorely missed, not least as regards her personal qualities.