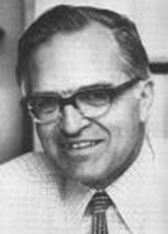 A long and important life of physics has come to an end. Professor Aage Bohr of the Niels Bohr Institute has died at the age of 87. He received the Nobel Prize for physics in 1975.

Aage Bohr was born in Copenhagen on June 19, 1922, as the fourth son of Magrethe and Niels Bohr. High expectations were placed upon Aage as the son of Niels Bohr, which he fully lived up to.

His physics studies were abruptly interrupted in 1943 when the family had to flee from the German-occupied Denmark. He followed his father to England and the United States, where he worked as his father's right hand, not only in physics, but also to a great degree in promoting the necessity of an 'open world' in the light of the existence of the atomic bomb.

Back in Denmark he completed his physics studies and in 1950 he began a lifelong collaboration in Copenhagen with Ben Mottelson and the two shared the Nobel Prize for physics in 1975 with the American James Rainwater for their revolutionising work with nuclear structure. In addition to the Nobel Prize, Aage Bohr has received numerous honours.

In 1956 he became professor in physics and after his father´s death in 1962 he was director of the institute and held this position until 1970. In this period he continued the tradition of the institute as an international centre for theoretical physics.

From 1975 to 1981 he was the director of the Nordic Institute for Theoretical Physics (Nordita), which was established in 1957 in association with the Niels Bohr Institute. Aage was innovative as a physicist throughout his life; he was also a very special person, who kept his enthusistic interest in the world and his fellow human beings right until the end.